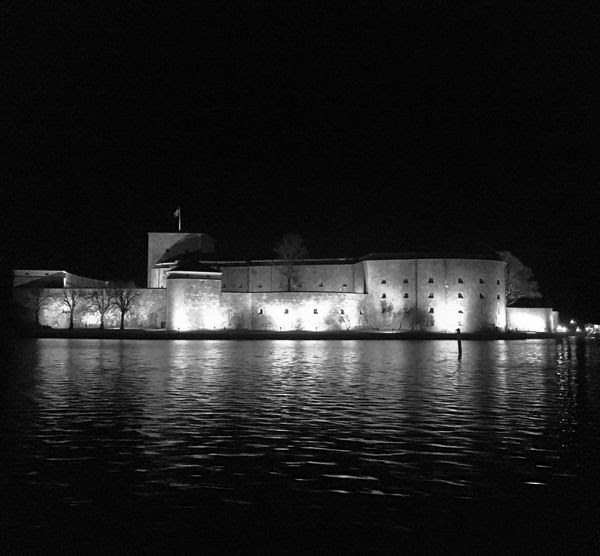 Vaxholm Fortress is a historic fortification on the island of Vaxholmen in the Stockholm archipelago just east of the small town of Vaxholm. The fortress was originally built in 1548 to defend Stockholm against shipborne attacks from the east. Most of the current structure dates from 1833–1863. The fortress was strategically situated to defend the city from naval attacks. The Danes attacked it in 1612 and the Russian navy in 1719.